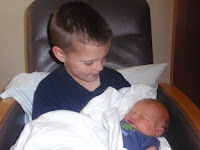 Good thing I have a few pictures to help remind me what we’ve been up to. First, and most exciting of course was the birth of Michael Kimmel! My new nephew/ the kids new cousin. He is absolutely adorable. I wish school was back in session, so I can go hang out at Sarah’s house and hold the baby. 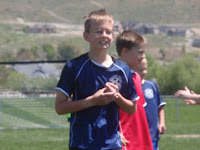 We also finished up Soccer and gymnastics. 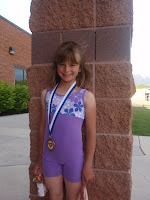 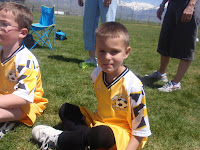 And, finally summer is here. The first week went by quickly. We decided to attend the Air Force Air show on Saturday. It was a very long day. We were stuck in lots of traffic, we walked for many hours. We were however able to walk through and by a couple of airplanes. They are fun to see up close. We also saw some amazing flying skill! We also got to see about 10 different people jump out of airplanes and parachute to the ground. 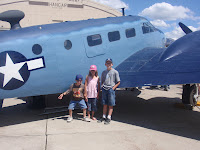 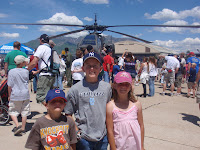 Nathanism: Yesterday, while driving, Nathan was trying to teach me about ghosts and phantoms. I told him there was no such thing as phantoms. He looked at me, as if I could be so ignorant and said with a condescending voice, “apparently, you don’t read much.”

Erica: Erica has adopted a new stray cat. She feeds it, snuggles with it, and RE-finds it daily! She has named it Tank. The girl not only loves furry animals, but the kids found a snake the other day, and she wouldn’t let anyone else hold it.

TJ: TJ is taking after nate in his love of books. He’s almost finished with the entire Captain Underpants series. The books that started Nathan on his road to reading.