We had the opportunity to race last Saturday night in the Zombie Chase!  The boys were excited!  We drove 45 minutes out to the middle of nowhere (Eurkea, UT) and headed into a ghost town. 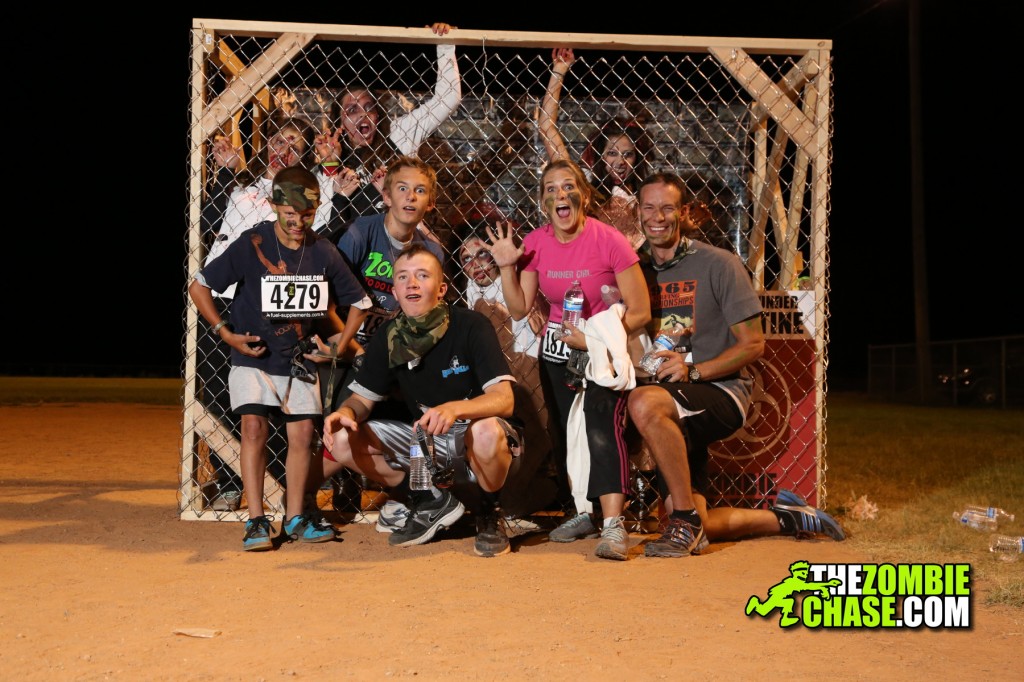 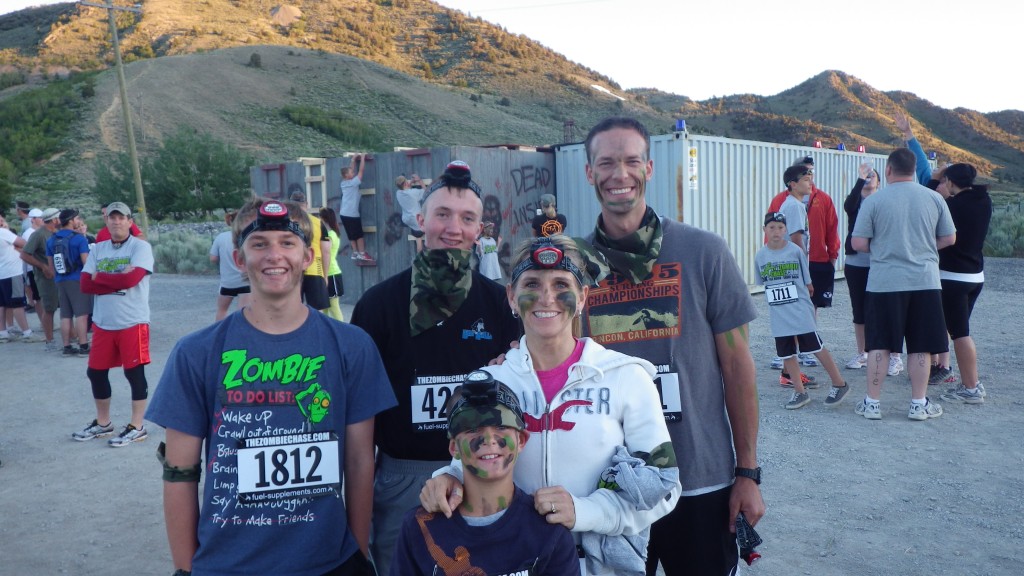 The race started on the side of a mountain, where we climbed into some empty train cars and waited for our wave to start. Zombies around the train car scratched and clawed at it, when suddenly the doors opened for us to run- and run we did! Holy cow, the first mile (seemed like a mile) was ALL UP HILL!  Not only am I not good at evening running (all my energy is gone by 7pm), but putting that uphill on it was brutal!  But once we got to the pinnacle, there was an old abandoned mine we passed, and then headed down into town. 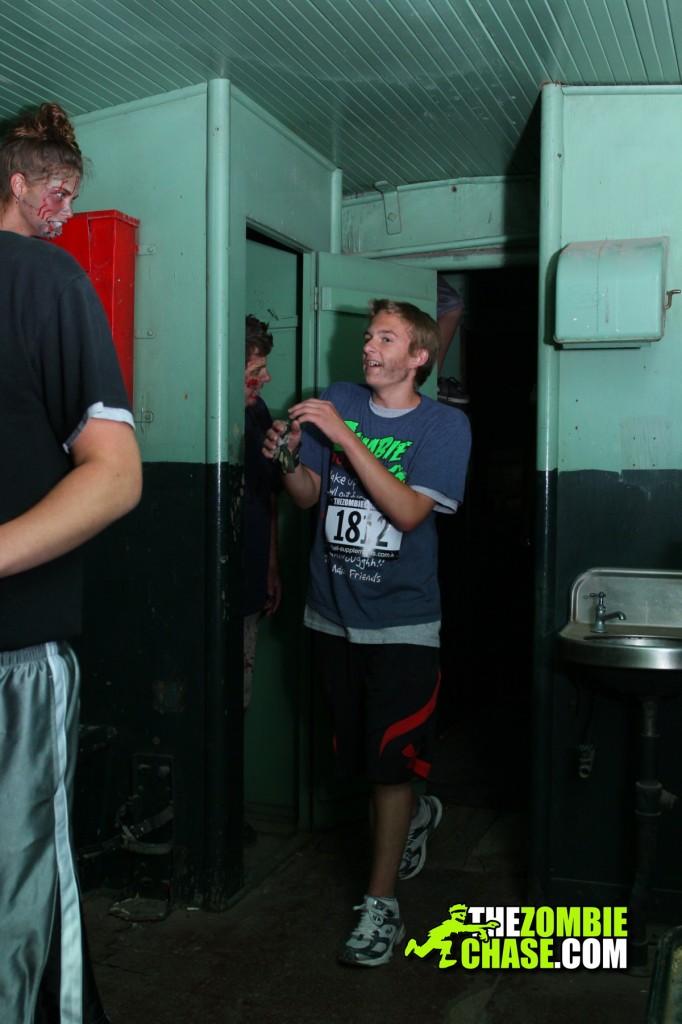 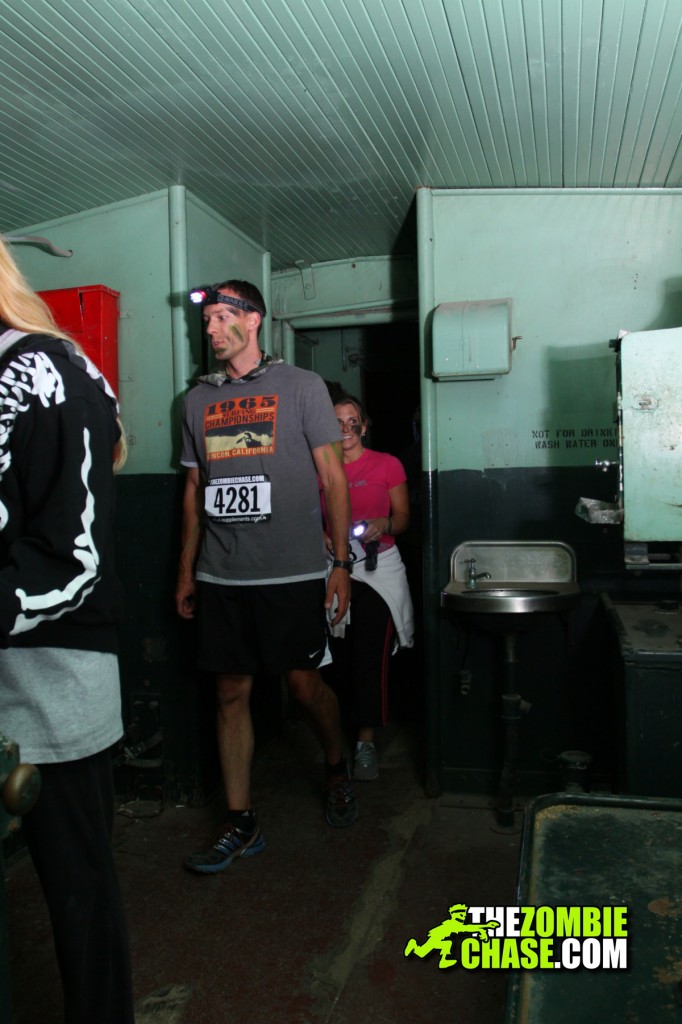 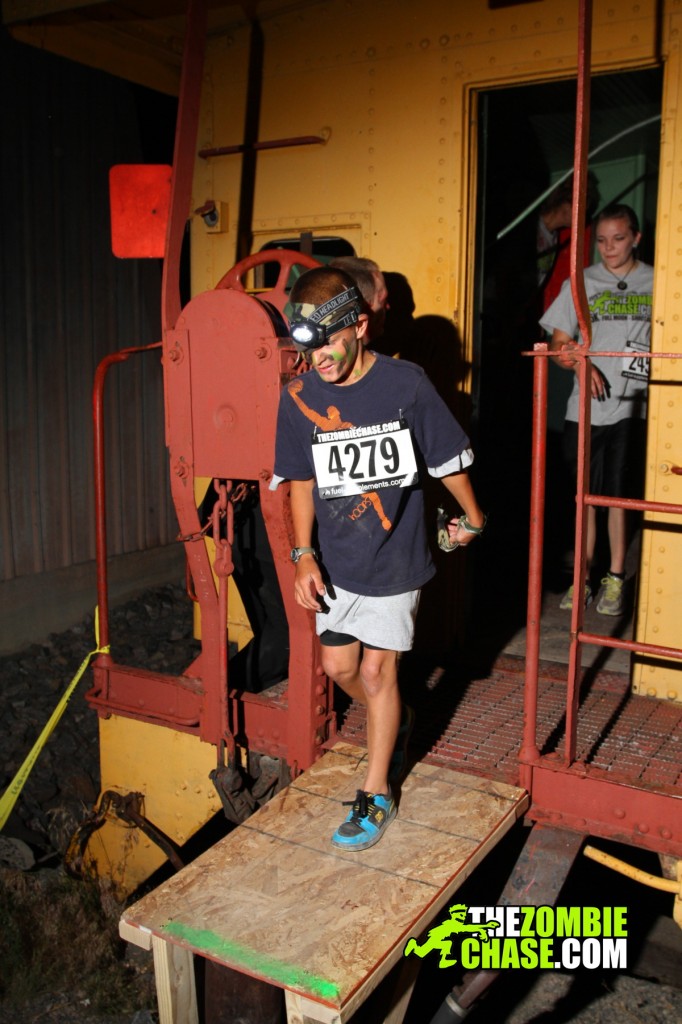 Once we got into town is when all the zombies emerged.  Around every turn the came out, with the creepiest of the crew being the child zombies!  ha ha.. crazy but true- they were the scary ones.

We headed up a hill into a neighborhood to find another group of runners coming towards us from a different road.  Some kids took a wrong turn, missing downtown entirely (thus missing all the zombies), and leading a group of about 50 people behind them! I felt so bad for the group that was following these kids, because they had no idea they missed the best parts!  For some reason, I take things like that kind of harshly, like somehow it was my responsibility to make sure everyone had a good time at the race.  I had to move on though, because the boys were WAY ahead of us, and poor Wade was pretty much running his slowest so I could keep up!

Right before the end, in the dark, on a dirt path, I finally took the fall I had been expecting.  Super embarrassing too consider I fell right in front of people, who were of course concerned for me.  So embarrassing!

Anyway, while I thought this “race” would be more of a non-running event, I was totally wrong.  We ran our guts out, and were definitely exhausted when it was over! 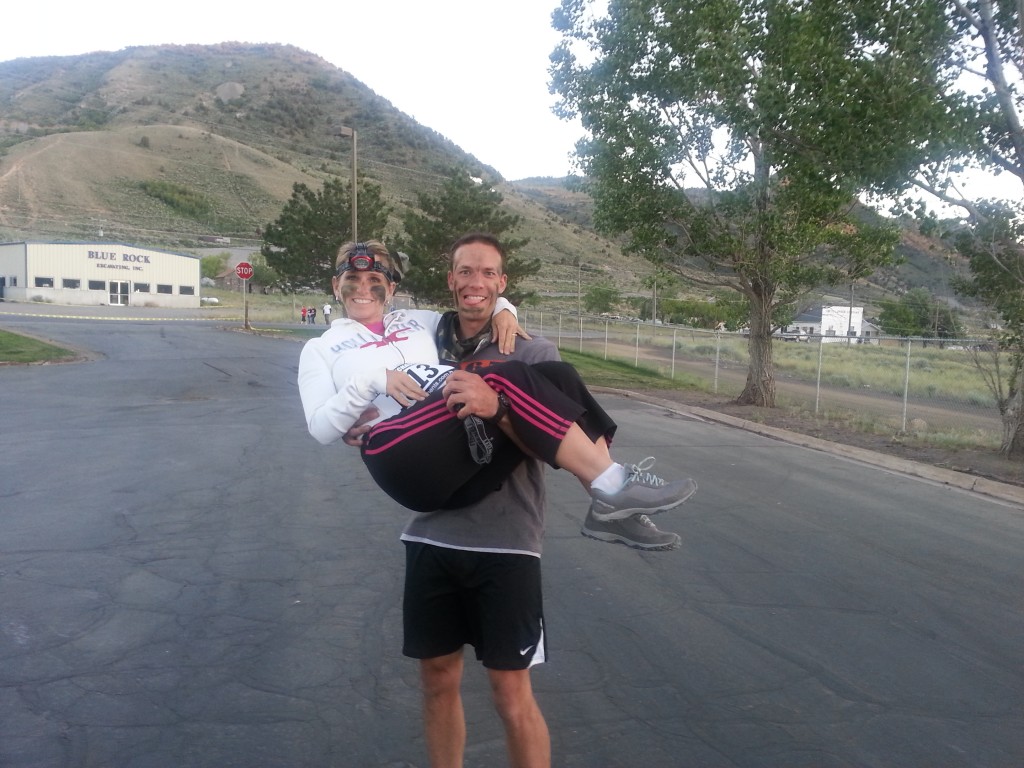 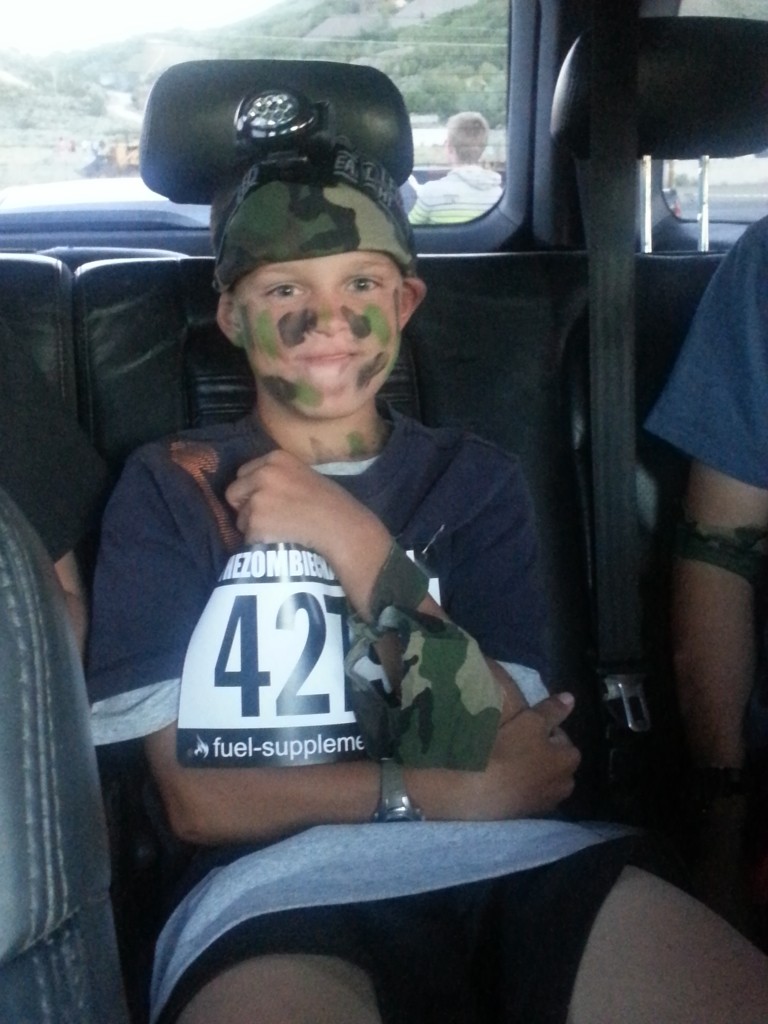