Earlier this week, Nate’s school class put on a wax museum.  Nate was Abraham Lincoln.  As someone would walk by his statue, they could press a button on his desk and he would recite a poem he wrote:

But I was not printed on a dime

Instead I was printed on a penny

This, back then, was a lot of money

When I grew up I got married.

But back then,  my face was not harry.

I always liked to joke with my boys

Maybe because I didn’t have any toys

My mother died when I was nine,

And a joke was played on a hate that was mine.

I kept all my letters in that hat.

This wasn’t attacked by a cat.

I had all my pets in the white house,

but none of them were a white mouse.

When I was little, I read a lot,

that was the school that I was taught.

I was shot at a theater,

John Wilks Booth was a cheater.

who in America, Was I? 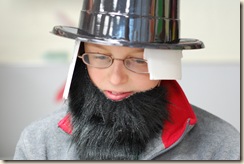 Then on Friday, Wade and I went to the school to help with TJ’s Easter party. 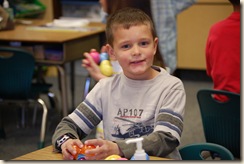 Then a short visit to Erica’s class party. 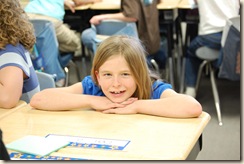 Saturday, we planned a neighborhood Easter Egg hunt:  We had a great turn out.  Lot’s of neighbor kids. 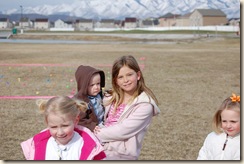 Then the rest of Saturday was filled with Nate and Erica trying to take out TJ’s two front teeth.  He has an infection, and if we don’t get them out by Easter day, the dentist will pull them himself.  They tried tying his tooth to Foose Ball, a bike, a tree, a door, a fence, a remote control car… the tooth would not budge! 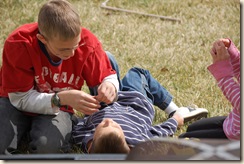 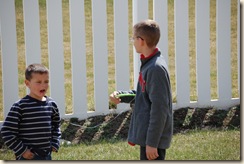